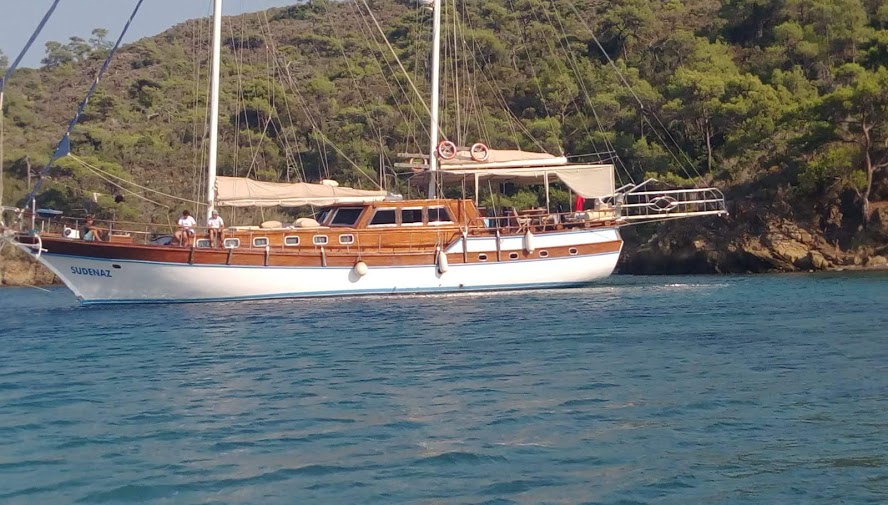 Turkish traditional Flat transom gulet is built by Hasan Ali Bayar in 1998 though it is rebuilt in 2006. Aft part for master cabin and whole wood part has renovated. Engines are also rebuilt as well. In 2014 this Turkish traditional Flat transom had underwater burned paint. Also in the same year, her planking and frames are controlled while some of them was being changed. However in 2017 planking is redone and in 2018 her deck, marine plywood and teak, renewed; glued and caulked with Sikaflex.

Planking below water pine, frames and wood (oak and mahogany and Moraceae type) above water mahogany, interior mahogany and pine. It is Classically built and there is no epoxy laminated.

This Turkish traditional Flat transom has 2016 Dacron Sails and also 2 iron, galvanised, masts from 2005. It has 5 comfortable and considerably large cabins and also comes with a dinghy and a 25 HP outboard engine.

Asking Price is 225.000 Euros / Lying in Bodrum, in Water.
The present owner bought this gulet in 2017.
Please contact us for more information, you can either email or call Murat Toprak as well.

You need to log in to use member only features.